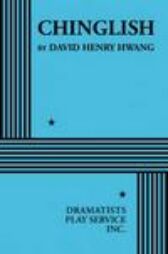 The play tells the adventures of Daniel, an American business-everyman from the Midwest, who hopes to establish his family's sign-making business in China, only to learn what is lost and found in translation

"Fresh, energetic and unlike anything else ... a thoughtful, funny and poignant piece in which, miraculously, nothing gets lost in translation" ~ Associated Press

"One of the year's ten best!" ~ Time Magazine

"A triumph in any language ... sexy, fun and hilarious" ~ NY Magazine