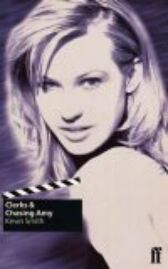 The screenplays to two films by one of the bright hopes of American independent film ...

Clerks is set in and about a convenience store in suburban New Jersey and revolves around the obsessions, love lives and friendships of the clerks who serve behind the counters