Cecil B Demille and the Golden Calf 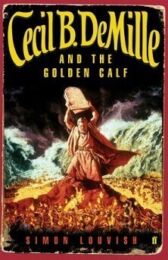 Cecil B DeMille is Hollywood's most enduring legend, remembered, and often reviled, for his grandiose Biblical sagas, such as Samson and Delilah and his 1956 version of The Ten Commandments, with its cast of tens of thousands before computer graphics made the modern epic mundane