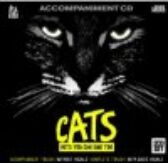 Based on the book Old Possum's Book of Practical Cats by T.S. Eliot, Cats premiered in London in 1981, and won seven Tony Awards in 1983 after it opened on Broadway

The Moments of Happiness

The Ad-dressing of Cats