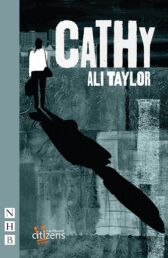 Forced out of London by spiralling living costs, Cathy finds herself in an unfamiliar town with no friends and no money; pushed to make choices she doesn't want to make

Candid, poignant and intimate, Cathy offers a timely reflection on the lives of those at the sharp end of economic austerity, faced with impossible choices and an uncertain future.

First produced in 2016 by Cardboard Citizens, a theatre company that makes work with and for homeless people