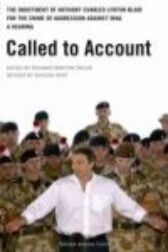 Richard Norton-Taylor has gathered the arguments and testimony into a searing new play which examines the criminal implications of the British Government's decision to use force against Iraq, and which allows the audience to decide whether an indictment in this case is proven