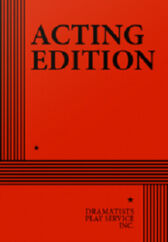 Jackson, an upwardly-mobile black attorney, has just bought an apartment in a transitioning neighborhood in Brooklyn

He sees the potential of his old neighborhood, as does his white girlfriend Suzy …at first

When Jackson’s childhood friend Don leaves rehab to crash with them, the trio quickly becomes trapped between the tensions inside their own home and the dangers that may lurk outside

“[Tracey Scott Wilson] does not write diatribes or position papers. Race is not a national conversation but an inner turmoil…in an argument about something else or in a split-second decision about opening the building’s door to a stranger. The fact that the main gentrifier here is black turns the usual view of the subject inside out: Can one gentrify one’s own home?” ~ NY Magazine.