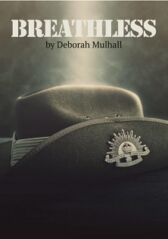 Deeply moving, it explores the unchanging, cyclic horror of armed conflict and the unnatural stress it places on the soldiers at the front line

And how that stress bleeds into their civilian lives, traumatically affecting not only the combatants, but also those who love them

As do their partners

Breathless was short-listed for the 2019 Silver Gull Award