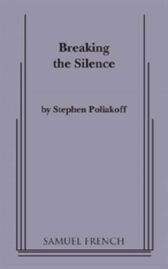 Set in Russia shortly after the Revolution, Stephen Poliakoff's intriguing and moving play has an autobiographical background in that it is inspired by what happened to his own family in Russia

Produced first by the RSC at the Pit, and later transferring to the Mermaid, the play follows the material and spiritual adjustments the upper middle class Pesiakoff family has to make to their life when they are forced to live in a railway carriage for many years

Although ostensibly employed as Telephone Examiner, father spends his time and government money on trying to record sound on to film

With the death of Lenin, however, the research must be abandoned and the family is forced to flee