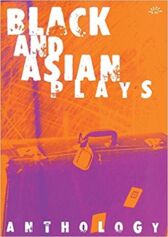 Onassis Award Winning play about the trade in human organs from the Third World.

MADE IN ENGLAND ~ PARV BANCIL

Exploring the experience of being black and male in Britain

"Pick of the Day" ~ Sunday Times

Set in the Indian Jewish Community in Calcutta, a family secret is revealed

UNDER THEIR INFLUENCE ~ WAYNE BUCHANAN