Between Riverside and Crazy - TCG EDITION 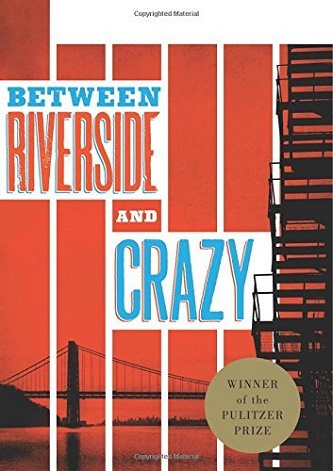 Written with humor, tenderness, grit and wonderment by acclaimed playwright Stephen Adly Guirgis, Between Riverside and Crazy is an extraordinary new play ...

City Hall is demanding more than his signature ...

His Landlord wants him out

The liquor store is closed

And the Church won't leave him alone

As ex-cop and recent widower Walter "Pops" Washington struggles to hold on to one of the last great rent-stabilized apartments on Riverside Drive, he must also contend with with old wounds and new house guests

And a final ultimatum

"Completely compelling . . . Galvanizing but not importunate. You could cry (I did), but you are always free simply to laugh instead" ~ Jesse Green, New York

"Guirgis, like other storytellers who explore the sacred and the profane, is most interested in how grace transforms us. His empathetic, poetic tales of ex-cons, addicts, and other men whom society would label losers return us, again and again, to a world that Guirgis, by virtue of his particular religion - the church of the streets - illuminates with the bright and crooked light of his faith" ~ Hilton Als, New Yorker