Beat Drama - Playwrights and Performances of the 'Howl’ Generation 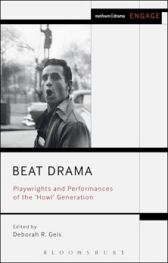 Readers and acolytes of the vital early 1950s-mid 1960s writers known as the Beat Generation tend to be familiar with the prose and poetry by the seminal authors of this period - Jack Kerouac, Gregory Corso, Lawrence Ferlinghetti, Diane Di Prima, and many others

Yet all of these authors, as well as other less well-known Beat figures, also wrote plays - and these, together with their countercultural approaches to what could or should happen in the theatre - shaped the dramatic experiments of the playwrights who came after them, from Sam Shepard to Maria Irene Fornes, to the many vanguard performance artists of the seventies

This volume, the first of its kind, gathers essays about the exciting work in drama and performance by and about the Beat Generation, ranging from the well-known Beat figures such as Kerouac, Ginsberg and Burroughs, to the “Afro-Beats” - LeRoi Jones (Amiri Baraka), Bob Kaufman, and others

It offers original studies of the women Beats - Di Prima, Bunny Lang - as well as groups like the Living Theater who in this era first challenged the literal and physical boundaries of the performance space itself

Frank O'Hara: Drama and the Transition to Language Poetry

Adapting Kerouac: The Subterraneans, On the Road - Sara Villa, University of Montreal