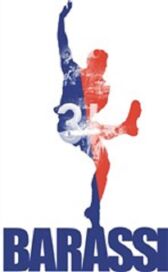 Barassi is the story of a champion Australian Rules footballer and coach, Ron Barassi

That same boy was developed into a champion by a loving, but no-nonsense mother and a formidable foster father, Norm Smith

This is the story of the boy who becomes the legend, and who shapes the mighty game we know as Australian Rules Football-our indigenous game, the game that demands courage, skill, determination, innovation, selflessness, and the bit of 31 that is in us all