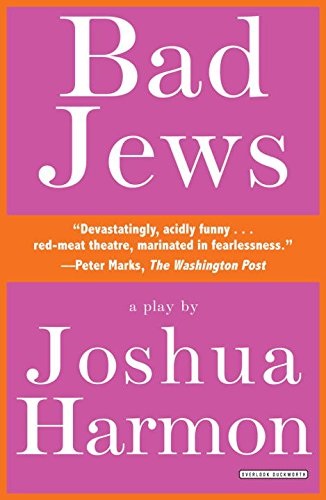 Bad Jews tells the story of Daphna Feygenbaum, a "Real Jew" with an Israeli boyfriend

The night after their grandfather's funeral, three cousins engage in a verbal (and sometimes physical) battle

In one corner is Daphna - volatile, self-assured and unbending

In the other is her equally stubborn cousin Liam - a secular and entitled young man, who has his shiska girlfriend, Melody, in tow

Stuck in the middle is Liam's brother, Jonah, who tries to stay out of the fray

But when Liam stakes claim to their grandfather's Chai necklace, a vicious and hilarious brawl over family, faith, and legacy ensues.

"There's nothing like a death in the family to bring out the worst in people. This unhappy truth is displayed with delectably savage humor in Bad Jews ... the best comedy of the season" ~ The New York Times

"Four stars. Watching Bad Jews you may change your mind about who the title refers to. But you'll also be consistently impressed by this fast and funny, pungent and poignant comedy" ~ New York Daily News