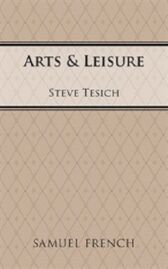 He is confronted by the bitter, alienated women who have suffered from his unyielding clinical detachment and his determination to judge suffering, global and personal, by its dramatic impact on him

These include his ex-wife, a former actress who is losing her grip; his tragic daughter, a stand up comedienne; his forlornly empathetic old mother and his acrimonious housekeeper and confidante