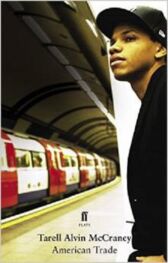 Large Mixed Cast
When life in New York gets to hot to handle, charismatic hustler Pharus escapes the clutches of rap star Jules and moves to London

A funny, uncompromising about surviving in the big city that challenges our assumptions about racial and sexual identity, American Trade celebrates twenty-first-century London in all its extravagant diversity

Premiered at the Hampstead Theatre, London, in June 2011 in a production by the Royal Shakespeare Company