Alex and the Winter Star 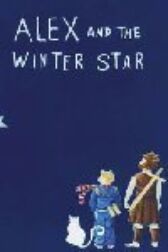 In this hilarious sequel to Alex and The Warrior, Alex and Cat are once again faced keeping the unruly Warrior under control

One year older, Alex has started to doubt his old friend Warrior, but Warrior cannot leave until he's vanquished his deadly enemy the Skarg ...

Somehow the dreaded Skarg - who still can't decide whether to destroy the Earth or star in the next Hollywood movie - have found a way to break out of the game and with their new found freedom are planning world domination!

Only through securing the help of his friend Alex can Warrior stop the villains dastardly plans and save the world from invasion ...

Incorporating the themes of friendship and what it means to belong, Alex and the Winter Star is not only play jam packed with adventure, danger and magic, but is underlined by important concepts and issues

Ideal for young actors and schools, Alex's new adventures are sure to capture the imagination of young readers, sending them spinning into a mystical world of possibilities

For the original Alex and The Warrior, click here