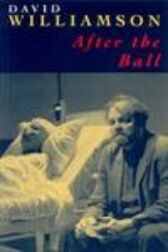 Stephen and Judy live on opposite sides of the world

Their lifestyles and outlooks could not be further apart

But they are brother and sister and when they are reunited at the bedside of their dying mother, family memories painfully and mercilessly return

David Williamson has created a family scenario that is frighteningly recognisable

At times hilarious, at times tortuous, After the Ball is a frank, critical look at Australian suburban family life in the 1960s to the 1990s

It traces the aspirations, the disappointments and the realities that test family life at a time when social change has never been more bewildering and makes a plea for reconciliation

It is a deeply moving and highly rewarding play.