A Life-coaching Approach to Screen Acting 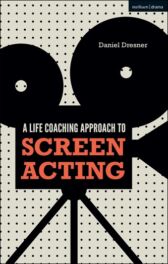 The Guide empowers actors to overcome personal inhibitions and approach their work, characters and careers with the assuredness to produce powerful, real and believable acting on screen

Structured to build confidence and understanding of yourself before you take on the role of someone else, A Life-coaching Approach to Screen Acting offers the tools and techniques to give you the necessary conviction and self-assurance to perform uninhibited

It then examines essential elements of a screen actor's craft, such as emotions, imagination, nerves, focus, listening, improvisation and line-learning

Published in partnership with The Actor's Centre, the book also includes online videos of coaching sessions with professional actors and is ideal for readers and teachers looking to replicate the method in their own training

""Know Thyself" proclaims the entrance to the Temple of Apollo at Delphi and "Be Thyself" responds Oscar Wilde, many centuries later. It is with masterful insight that Daniel Dresner connects these simple but profound directives and brilliantly draws his revelatory parallel with well-being and the craft of screen acting" ~ Philip Wolff - Head of screen acting at the International School of Screen Acting

"This original and timely book introduces the benefits of life-coaching to the stressful and uncertain lives of many actors, especially those who perform on a screen" ~ Michael Ferguson - television producer, director scriptwriter and teacher