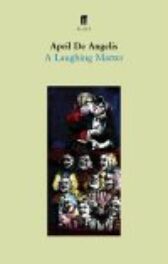 It's 1773 at the Theatre Royal, Drury Lane, London. The crowd is getting restless. The leading man's unconscious but the show must go on

This irreverent version of real-life events tells the story of David Garrick, Dr Johnson, Oliver Goldsmith and a new play called She Stoops to Conquer

Caught between financial pressures and artistic ambition, Garrick must decide if he can risk staging a play which could make or break his career

" A rumbustious romp through the career of Garrick ... De Angelis's play is full of sharp insights into a bygone age. It shows the tensions between those who thought of theatre as a way of improving morals and those who wanted to have fun and laugh at social conventions" ~ Tribune

A Laughing Matter was produced by Out of Joint and the Royal National Theatre, where it opened in 2002 in tandem with a production of She Stoops to Conquer

" De Angelis manages to combine modern and classical elements in a brilliant and amusing exploration of theatrical issues, styles and personal tragedies ..." Herald