A Blight of Stars 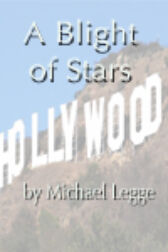 During the 1930s, film director William Davis Tainter is shot to death in his home

Although there are many suspects, no one is ever arrested for the murder

Decades later, in the 1960s, Sandy Kendell, an investigative reporter and writer is intrigued enough to delve into the past and try to find her own solution to the baffling mystery

The Tainter home has become a crime museum for tourists, and Sandy gains access to the museum to sort through old files, newspaper clippings and diaries

As she delves into the facts and fictions of the case, the audience is taken into the past to witness the events as they may or may not have occurred

More importantly, she is able to interview the few survivors connected with the case

Time has not made things easier on people's memories, and the conflicting stories of the details of the murder forces Sandy to draw her own conclusion as to who really murdered William Davis Tainter