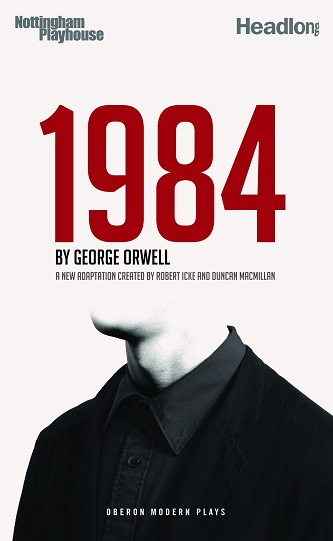 Winston Smith, thinks a thought, starts a diary, and falls in love

But Big Brother is watching him

Its ideas have become our ideas, and Orwell's fiction is often said to be our reality

One of the seminal books of the 20th century, 1984 is re-examined in a radical new stage adaptation exploring why Orwell's vision of the future is as relevant as ever

"This is a staging that reconsiders a classic with such steely power that it chills brain, blood and bone" ~ The Times ★★★★★

"This risk-taking adaptation of George Orwell's masterpiece is doubleplusgood" ~ Telegraph ★★★★★

"Orwell's vision of austerity, the depressing canteen meals, threadbare socks and eked-out chocolate rations are skilfully brought to life ... This is a very neat theatrical telling of the classic dystopian parable which is more a study of internal tension and tiny acts of defiance as it is a political drama ... a work of extraordinary quality and intensity" ~ Independent ★★★★★